We will update our company dynamics and technical information in time.

Analysis on the Cassava Starch Industry in Nigeria Development Status

During 2010-2017, the compound annual growth rate of the global cassava processing market was about 2.1%, and the output in 2017 reached about 284.9 million tons. Most populations in Africa, Latin America and Asia depend on cassava for their livelihoods, as it provides food and business opportunities for farmers and traders. 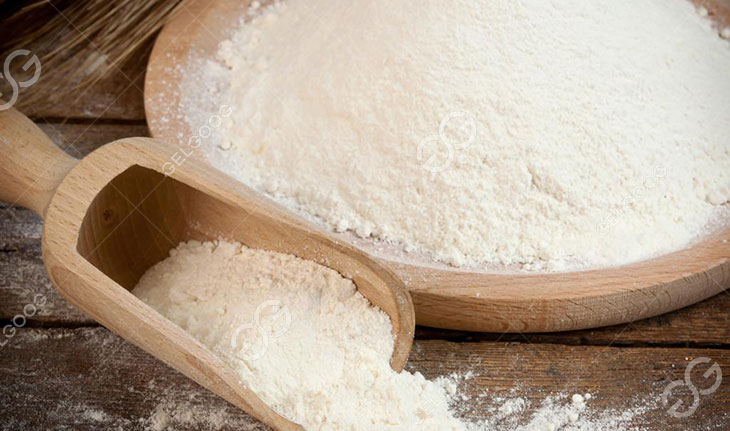 In terms of cassava production, Africa is the largest cassava producing region in the world, accounting for nearly 55% of the world's cassava production. However, Africa also has the lowest cassava yield in the world at just 10 tonnes per hectare. Low productivity is the result of limited market opportunities due to mechanization and low utilization of production or processing tools. Statistics show that farmers in Africa need 10 days to uproot or harvest their fields, while farmers in India only need six hours.

In terms of cassava processing, African cassava manufactured products have historically been relatively uncompetitive in the world market, as African cassava is produced and processed primarily for subsistence rather than commercial use. Currently, major cassava producing countries in Africa have recognized the need to develop technologies to grow, harvest and process cassava to increase productivity and reduce post-harvest losses.

In some parts of Africa, cassava makes up more than 50% of people's daily diet. Among all African countries, Nigeria has the largest cassava production, accounting for about one-fifth of the world's cassava production, which produces about 45 million tons of cassava per year. Cassava is easily grown in arid regions with very limited rainfall, and Nigerian farmers choose cassava for its tenacious ability to survive drought. Nigeria's cassava production is expected to double by 2020, but 90% of cassava is currently consumed domestically. But high-quality cassava has prompted them to establish some cassava starch industries. At present, the high-quality cassava starch industry in Nigeria is mainly small-scale. The end users of cassava starch include Nestle, Nigerian flour mills and Cadbury.

Traditionally, cassava is one of the staple foods for farmers in Nigeria, and it is also widely consumed in other African countries. Tapioca roots are used to make different kinds of local foods such as starch, ethanol, tapioca and gari. Nigerians say that if they produce cassava commercially, it may even take the place of oil, boosting their economy and creating jobs. 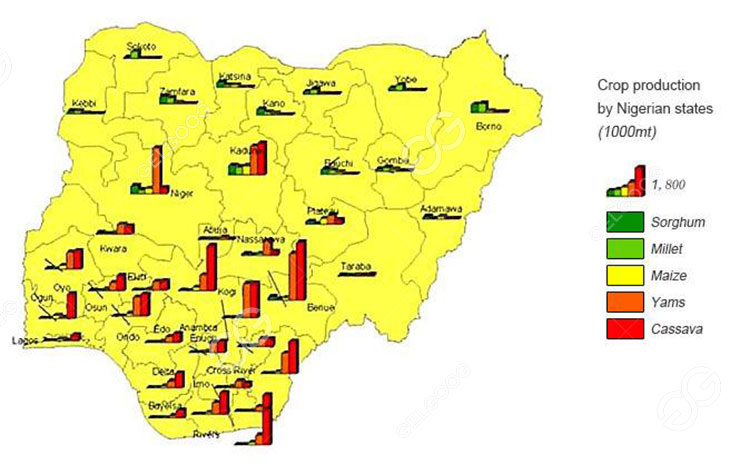 But in fact, the current industrialization and commercialization of Nigeria's cassava industry is seriously insufficient. Currently, the national annual demand for tapioca starch in Nigeria is estimated at 350,000 tons, while the national supply is estimated at about 300,000 tons. According to the China-Africa Trade Research Center, cassava starch is an important product after processing cassava. The cassava roots are washed and pulped, then the wet pulp is squeezed to extract the liquid for drying. Tapioca starch remains after the water is removed from the wet pulp. This starch is then used by the food, paper, textile industries, as well as the mineral wool and clay industries, among others.

In order to promote the industrialization of the cassava industry, Nigeria has launched a government initiative to "contain at least 10% cassava flour in bread", which has achieved great success. On top of that, the policy of adding 10 percent cassava flour to bread and other sweet treats has turned the cassava industry into a "gold mine" that employs millions of Nigerians and provides income for farmers and numerous processors. A direct consequence of the introduction of a policy of 10% cassava flour in bread is an increase in the demand for 300,000 tons of high-quality cassava flour per annum by Nigerian Flour Milling Corporations.

Perhaps more than any other industry, the cassava industry has the potential to help industrialize Nigeria if its potential is properly unlocked. Recognizing this fact, the Nigerian government has prioritized the cultivation, processing and export of cassava over the past few years, leading to the cassava revolution in Nigeria.

Cassava is the most important root crop in Nigeria. In Nigeria, cassava alone accounts for about 45% of Nigeria's agricultural GDP, mainly for food or household purposes, but its industrial processing and utilization are very limited.